The Toronto BBB Was Permanently Closed Due to Improprieties (frauds) By Three Successive Presidents.

What does that tell you about the BBB?

Beware there are fraud complaints about This Better Business Bureau

COMPLAINTS BEWARE. Business owners nationwide complain about fraud in that the Better Business Bureau BBB is a pay for play scheme. Is this fraud? DO A plus ratings go to those who pay membership fees. Are F ratings used to punish those who don't

Similarly the online 411 directory does something like that. If you buy an ad, you get a listing in their online yellow pages, No ad, your listing will be removed.) This page has been posted on the Net for many years now and the BBB has not complained, because they know it is factual.

BEWARE OF THE BBB: Also CLICK HERE see the hundreds of complaints against the BBB filed by others. BBB's are NOT government agencies.    BBB's are not non profit "charities"

BBB's are in business to sell advertising and memberships to company owners.

They are franchises and they make substantial profits for their owners.

The staff who handle complaints are uneducated, unskilled high school grads at best, who are often stupid and gullible enough to work for free. They have no business experience. They have no training. They are there for window dressing.

Some are there strictly as telemarketers to sell advertising and memberships

"The scandal-plagued Toronto office of the Better Business Bureau closed in May 2001 following a decade of questionable practices and criminal accusations."

Lindsay Royston From the November 2005 issue of Canadian Business magazine

The Toronto BBB had to be closed down for repeated criminal frauds by the franchise owners.

"How does an organization that is supposed to promote trust restore it after a low period? The scandal-plagued Toronto office of the Better Business Bureau--whose mandate is "to promote and encourage outstanding ethical relationships between business and the public" -- closed in May 2001 following a decade of questionable practices and criminal accusations.

"But it is finally getting a chance to clean the slate. Ric Borski, president of the financially stable Mid-Western and Central Ontario bureau, based in Kitchener, Ont., recently opened a new BBB office in Toronto and is now taking cases for arbitration.

"It was an obvious shame that we didn't have a proper presence [in Toronto]," says Borski. His group has already spent $100,000 on equipment, leasing and manpower, and nearly doubled its staff. Unlike its predecessor, the bureau plans to make detailed files documenting service complaints available on a website, and meet all BBB operating standards, including improved response time.

"By the end of November, the office's roster of local volunteer arbitrators should grow; Borski is planning interviews with half a dozen applicants. As word circulates that consumer/business binding arbitrations are available in Toronto, Borski expects interest to double. Looks like the Toronto BBB is actually getting a second run. Let's hope they don't blow it."

Consider this email from a former BBB employee:

" I worked for the BBB.  The President of the company makes well over $150,000 salary, not to mention other income that isn't public information.

They hire anyone and pay the lowest hourly rate they can and treat their employees poorly.

They paid me like everyone else, ($7.25 draw against commission per hour) to make calls to the members selling online advertising.

I also think it is a rip off on how they call their members (like dialing for dollars) trying to get them to buy online advertising over and over again.

Many, many members complained  over and over again, that they were tired of being called to purchase advertising  space online, even when they told the BBB to put them on their do not call list. The BBB  said call them anyway as they may change their mind,  and buy.

One of their so called on line ads cost is about $4,000,  which my guess goes to pure profit for the BBB.  Where does all that money go? Maybe a nice trip to Hawaii?

We were all hoping that sooner or later this would all catch up with the BBB's.

The worst job I've ever had.   I would rather have worked for a company washing dishes in a dungeon than work for a company like the BBB that takes advantage of  businesses, people and employee's"

Writer's name withheld at her request.

CanLaw has seen help wanted ads for a BBB seeking to hire people with grade 12 and no experience to deal with consumer complaints. 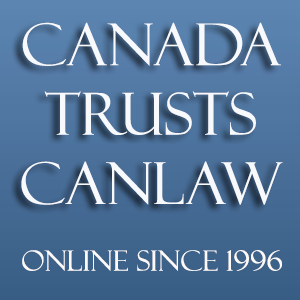 No Matter What You Call it

or how you spell it

beware of the bbb

It is NOT what you think